I am really happy to keep making par these last two days. I am so tired today. After being sick for a week right before November started, I have had a lingering cough since then. Today my throat started hurting again fresh. I may be getting sick again, but I really hope not. Tomorrow will hopefully tell me more.

The Story: I cut short the story that started causing me trouble yesterday, the one Penny was telling about the events that took place during my NaNoNovel in 2015. That novel is still unfinished, and its events are a mystery to me (pun intended), so Penny telling the story got a little difficult. So I just stopped, ignored any need for a transition, and went right to Nathan, who had gone back to the house that Rogan took them to, planning to stake it out.

Then I accidentally skipped ahead and allowed him to make some progress at that house a day early. So I set aside what I’d written about that in favor of him returning home for the night, with the belief that the bad guy doesn’t have a reason to return to that empty house.

Tomorrow, I anticipate the plot really getting going, as long as I’m well enough to write much.

Don’t forget to check out today’s NaNoToons if you haven’t already: “The game is a shoe!”

And it’s time to share episode 2 of the NaNoMusical! 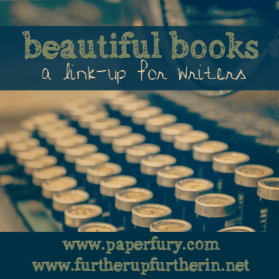 If you don’t know what “Beautiful Books” is, click the above picture to find out!

1. Overall, how is your mental state, and how is your novel going?
I have been having a lot of fun writing so far! After a year and a half away from writing, just getting back into my story world and back to these characters has been so much fun. Because of that, my novel isn’t progressing very quickly.

For one thing, this novel takes place after five other plotlines that involve mostly the same characters, and are already either drafted or at least solidly planned. As the story goes on, various events that happened in other stories come up. And one character has been away for over five years, so he wants to know about those events, and the other characters tell him the story. (In some cases, he’s the one who was involved in the story and gets to share with others.)

So at least half of my words so far have been telling these stories. I know for certain that it won’t stay in the story when it’s edited someday, because this book would come after the others, so readers should already know all of this already. It will be redundant. But boy, has it been fun reminiscing with them.

3. Who’s your current favorite character in your novel?
It’s definitely Naolin. In my last Beautiful Books post, I said the thing I was most looking forward to about writing this was getting to write about Naolin again. And I have loved it.

4. What do you love about your novel so far?
I suppose I already explained that above. I’m coming to the end of stories that they can tell, and will have to really start into the plot. But I think that, after 1.5 years away from writing, this was a great way to start NaNo.

5. Have you made any hilarious typos or other mistakes?
I have so many typos. It’s how I’m able to write so much in the amount of time I do.
But there was this gem: Aeldrim’s face held a look of quizzicality(?) for a brief moment, and then he recognized his once-unit underling.
I realized as I was writing the word “quizzicality” that it wasn’t a word, and I had no idea what word might replace it. So I just typed in the question mark and moved on. I’m pretty sure it actually is a word though…it just seemed wrong to me at the time.

I also wrote: “There is more drama here than in a soap opera,” the author interjected. Everyone ignored her.
That was during one particularly high-drama story that started going even further into emo-town than I wanted. I wrote this line, at first thinking to attribute it to one of the characters, but soap operas don’t exist in their world, so…I just put myself in.

6. What is your favorite to write: beginning, middle, or end — and why?
Hmm, I’m not sure I’ve really thought about this before, but I think the end. I really like the climax, as it’s usually something I’ve been planning and looking forward to for a while. Sometimes I think that my excitement about the final scenes leads me to write them in a way that feels rushed, so that may be a down side. But I try to fix that in editing.

7. What are your writing habits? Is there a specific snack you eat? Do you listen to music? What time of day do you write best? Feel free to show us a picture of your writing space!
I write best at night. Sometime between 8pm and 3am. It’s quieter and my responsibilities are asleep. I sometimes listen to music, but the most consistent audible tool that I use is some kind of white background noise like from Coffitivity. As for snacks, during NaNo I tend to consume an unhealthy amount of day-after-Halloween-sale candy. Outside of November, I can’t keep up that habit due to both expense and it’s so unhealthy.

8. How private are you about your novel while you’re writing? Do you need a cheer squad or do you work alone (like, ahem, Batman)?
Sort of both. I would share every day’s writing with people if I could. But I know that anyone who is interested in knowing the story is better off reading it start to finish after it’s done. However, I have often used my husband as a sounding board when I’m stuck, or shared exciting break-throughs with him.

9. What keeps you writing even when it’s hard?
The knowledge that if I don’t keep going, I will never be able to share my stories with anyone else. I’m not looking to be a bestselling novelist; my aim is to find an audience, whatever size that might be, who will enjoy the complex and exciting plots I’ve weaved together as much as I do. But that will never happen if I don’t get them out (and then get them revised).

10. What are your top 3 pieces of writing advice?
Oooh, three? I’ve been happy in the past to come up with one. Let’s see here…
– “Write every day” is a nice goal to shoot for, but it can’t be something that you let rule you. If you have other full-time endeavors, whether that’s a job, kids to raise, or whatever else it might be, you have to write in your spare time. And sometimes spare time is hard to find. If you miss a day or two here or there, but don’t let it break your overall habit, you’re still making progress.
– Keep everything. As soon as you change a word in your first draft, save it as draft 2. If you take out an entire chunk while in the middle of a draft, consider saving it in a different file. You never know what you might wish you’d kept, what you might be thinking about later and wish you could remember what you’d written. Save it all.
– All of those writing tips and “rules” you’ve read? They don’t mean anything. They can be helpful, and if some of them work for you, then great! But don’t force yourself to stick to anything that doesn’t feel right or makes writing less fun. They’re not rules. They’re tips and helpful hints.