Words/Time: 34 minutes working on my new list of long-term goals:

1. Outline “Outcast” – I have the very basic skeleton of a plot, but it needs to be outlined anew. This is going to be more than just sitting down and creating an outline, but doing some brainstorming and free writing along the way. Maybe even some character chats. It’s going to take letting go of a story that was my absolute favorite for many years. I’m not even sure when it slipped out of being my favorite, but it probably has something to do with the fact that the fanfiction it was originally written as is so far in the past, and the world I have created is so much more interesting to me now.  It’s going to be difficult and time-consuming, but it needs to be done.

2. Outline “Unexpectedly” – I have a lot less of a plot in mind for this story, but I think it will be easier to outline than Outcast, because there’s not as much there to start with—not as much that needs broken down and rebuilt. While considering where this book could go, I’ve already hit on some new ideas that I’m really excited about.

3. Re-outline “The Seeger Book” – I wrote the first draft of this for NaNoWriMo in 2015. It was the 2nd book I wrote that month, and came in at 43,672 words. It is a murder-mystery, and only the 2nd one I have ever attempted (the 1st murder-mystery I ever wrote was earlier that month, and it really fell flat). It needs some overhauling and almost an entire mid-section, because I jumped from somewhere in the middle to the climax when the end of the month neared and I realized I was out of time to figure out the rest of the plot. I also think I need to re-think the suspects, clues, etc. of the mystery aspect.

4. Re-outline “Vin” – I wrote the first draft of this for NaNoWriMo in 2017. I spent the month before first realizing that this was the story to write that year, then figuring out what on earth this story was going to be about, exactly. I went back and forth on who the protagonist was, who the main character was, and most of all, learning the true motivations behind the title character. In the end, I wrote 69,878 words, but a good majority of it was just the characters telling each other stories about what happened in the past to get them to this place. It was fun and easy for word count, but not exactly a great plot. The plot was weak to start with though, so it needs some more work.

5. Re-outline “Protector” – This is last on the list because I anticipate it needing the least work. It still needs plenty, but it’s got a good starting point. I wrote this for last year’s NaNoWriMo, and it started out as a pure romance, just something fluffy to get me back into writing, since I’d been absent from it (minus NaNoWriMo months) for a few years. But by the end, it had turned into something much more important. However, for it to take its place amongst the other Pithea books, it needs a focus change, because the first half is not driving it toward the 2nd half well enough. So I will re-outline the entire thing with this new plan in mind.

Last time I posted my writing goals, they were short-term goals just to get some necessary, but overall quick work done. This new list is going to take quite a bit longer. Where the last list took about 2 months, I anticipate this one driving my writing work for much of the year. I hope to have #1 done in time for the 1st Camp NaNo session, so I can at least consider writing the first draft of “Outcast” during that month. After that, we’ll see how things progress before I start thinking of what I might be ready to do for the 2nd Camp NaNo this year. Another possibility is that “Outcast” or “Unexpectedly” will be my main NaNoWriMo project this November.

Anyway, back to the list. All of these goals involve outlining. A lot has changed in my plans for my stories in the last few years, and I think no matter what order I write the rest of these stories in, I need to have a decent idea of what’s going to happen in the others to avoid major trouble down the road. I know that outlines aren’t set in stone. I often go far off my outline while writing. But at least if I have outlined these remaining stories, I will have a much better idea of what’s going to happen.

Besides, none of this involves just writing an outline. Even though #1 is the only one that specifically mentions this, outlining on this level is always going to involve first freewriting, brainstorming, talking to characters, asking myself questions to get past plot holes, etc. I should have a pretty good idea of where these stories are headed by the time I’m done.

This book introduces the island country of Pithea and its citizens’ dependency on Power, as well as their eternal struggle against the Madness. Our narrator, Drear, tells us about his friend Missy and his brother, Naolin, as they attempt to find their places in society, but are met with the harsh realities of life in a series of unlikely events, menacing villains, and both triumph and tragedy. (For a full synopsis, go here.)

In this book, Drear introduces us to some people who are important to future events, and shows us how they are connected. Natos Morano is forced to choose between the only family he’s ever known, and his true family that is long gone. Remiel Azrael finds himself caught between family and his own morality as he attempts to help a woman who is in desperate need. (For a full synopsis, go here.)

Drear introduces us to Alexander Surett, a driven man with a tendency toward obsession if given the right target. In this first book of the trilogy, Alexander’s drive to find out about questionable circumstances surrounding his dad’s death leads him to ignore some of the region’s highest laws, which regulate Power usage. In doing so, he attracts the attention of the leader of the Class of Morano, who wants to recruit him. When he refuses, she takes it personally, and he has to set aside his search for answers about his dad’s death to try to stop this madwoman. The result is all-out war. 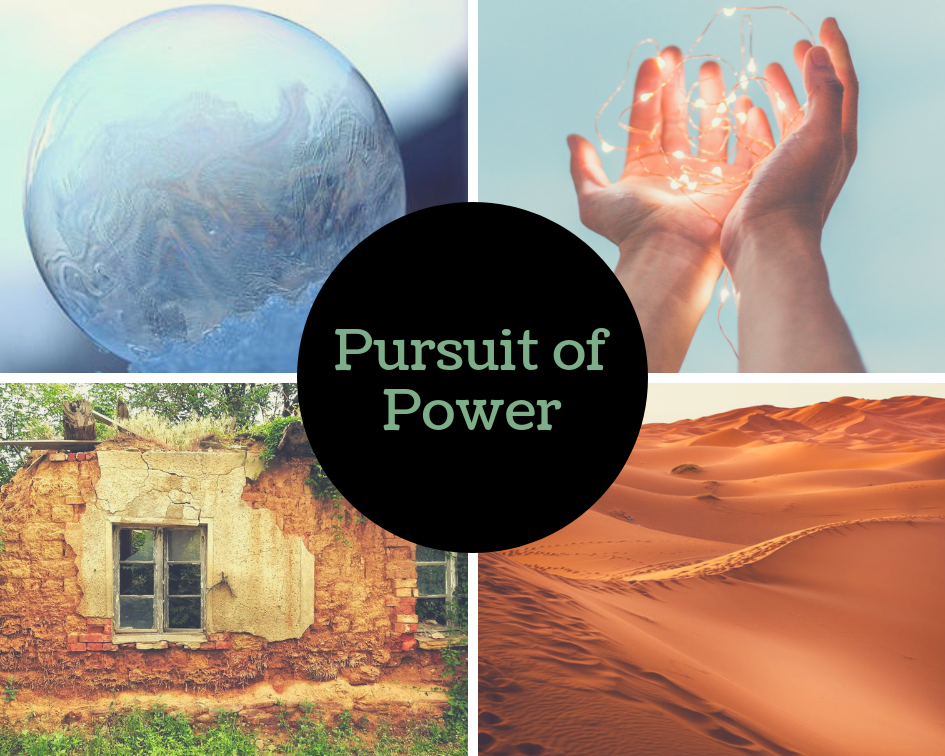 The small island nation of Pithea has been at peace with its neighbors for hundreds of years. However, when a destructive force rises up from within, the rest of the country has to decide whether to choose sides or remain neutral. What follows is a civil war with a high body count. In this book, Drear tells us about some of the men and women who fought in the battle, on both sides, and the effect the battle had on their lives afterward.

Jonathan has been given an amazing gift in the form of exclusive access to a highly desired instruction manual written by a master blade smith. When it comes to light that someone has been making copies of the priceless book, tensions rise between Jonathan and the friend who owns the book. The mystery deepens with the death of someone involves, and Jonathan becomes the prime suspect. Drear shares this tale of intrigue in which no one is who they seem to be, and years of trust will be shattered.

There was a time when Missy was plagued by mysterious men who seemed to wish her harm. They spoke to her as if they knew her, and seemed to be connected in some way, but she had no idea how. In this culmination of smaller events from previous books, Drear tells us of the shocking events around the revelation of the mystery that these men created around themselves. He shares glimpses into the mind of a dark, twisted, lost soul, and the final outcome won’t be what anyone expected.

Drear takes us outside of Pithea and the union of nations it belongs to for the first time. Altmoor is a country that has never even heard of the Power, and certainly does not use it in any way. Altmoor and its king are entrenched in a centuries-long war with their northern neighbor, but suddenly learn that there is much more to fear than a mere border feud. When a single man wreaks havoc on the entire region with a sorcery that they cannot combat with swords and bows, it draws the attention of powerful people in Pithea who offer to help, but also open their eyes to a whole new world.

Current status: First draft done, at least first half will need rewritten (purpose of story changed by the end of the book) 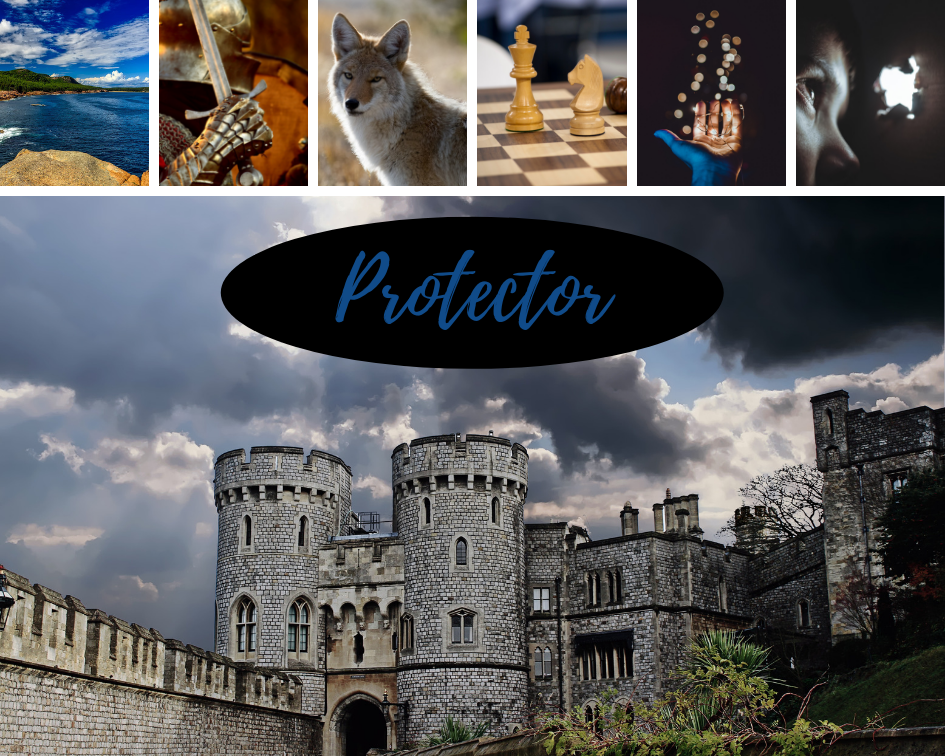 The king of Altmoor has the daunting task of trying to bring peace to his region while rooting out the rogue faction that has kept the war going for hundreds of years. Even more difficult will be convincing his people–and himself–that their long-time enemy may not be the devils they always thought.

*All titles are subject to change up to publication, but this is specifically a working title.

Throughout the almost 5 years that I have had this blog, I have discussed what I am writing in various ways. Sometimes I lightly touch on what happened in the section of the story I revised or wrote that day, with no context whatsoever. Sometimes I give a full synopsis to a story I’m about to draft (almost always for NaNoWriMo). Now and then I share some of my writing, especially in the Monday Moment segment, that I seem to have abandoned, but hope to have time for again soon. And many times I have mentioned that I have plans for a series of several books that are all intertwined, even if not all having the same main characters.

In October of 2017, I got it in my mind that I should write up a post that lists all of the books I have written or planned, so that I can a) get them out there in a more official capacity and b) have something to refer back to when discussing the complicated nature of my planned series. At the time, there were 6 written or planned, and a 7th has snuck in there since then.

This is not that post. That post is going to be long enough as it is, and I don’t want a lengthy introduction to it. When I link back to it, I’d rather it just be a stand-alone list. But I am posting that at the same time as this, so here is the link to that post.