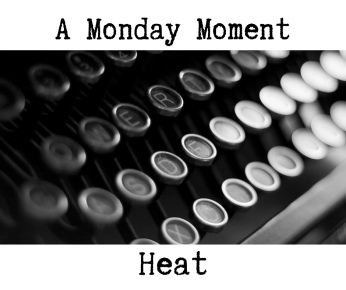 “I don’t know why I didn’t think of this sooner,” Gary said with a happy sigh. It was the first time he had been comfortable in months.

Sadie gazed at her new husband, happy that he seemed to be content. Then she looked up at the swirling mass above them, looking almost like a small cloud. “I think you were too pre-occupied with other matters.”

“I suppose so.” He laid his head back, closed his eyes, and smiled.

Sadie continued staring at the cloud. She was a little less enthusiastic about it. It felt too much like he was controlling the weather. What if his cloud somehow interfered with the local atmosphere?

He opened his eyes and looked over at her. “Are you okay?”

“How long do you think you can keep it going?”

He shrugged. “It doesn’t take much Power, so probably as long as I want. Doesn’t it feel amazing?”

She nodded, still staring at the cloud, slowly spinning just below the ceiling. He noted her twisted lisps and chuckled. He scooted closer to her and pulled her into his arms. For once, he didn’t feel like touching her only made him more miserable. He kissed her, settling in for a long moment. Soon, though, he felt the heat returning. He ignored it for a while, and then broke the kiss and looked up.

“Apparently, I’m a little too distracting,” Sadie said with a mischievous grin.

“You definitely are.” He continued to rub her shoulder with one hand while staring at the dissipating cloud.

“It will be nice to have relief now and then, anyway,” Sadie said soothingly. She didn’t want him to get upset about the heat again.

“There has to be a way to make it work without me,” he mused. “Our Power performs on its own after we send it to those needing mending. Power works completely unbound when it’s used in Power lights and cooling cabinets.” He looked over at Sadie. “I’m going to figure this out. But not right now.”

Prompt used: What if your character came up with a great new invention?