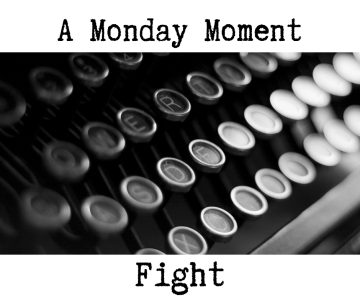 No punches had been thrown, but we all clearly heard Ted tell Dom that he was going to kill him. I hadn’t seen how the fight started, but someone in the crowd said Dom had said something bad about Ted’s girlfriend. I knew that couldn’t be true. Dom once felt bad when he had to insult someone in character, in drama class.

He stood there with a look of sheer terror on his face. I looked around at the others in the crowd. There were guys there at least as big as Ted, and some who I would have thought nice enough to stand up to the bully on someone else’s behalf.

I don’t know if it was fear of Ted or indifference to Dom that no one was trying to intervene. I thought about every school fight cliché I’d ever seen:

Even bullies won’t hit girls. What if that isn’t true?

The person being bullied will be humiliated and angry if they are defended by a girl. Would Dom react that way?

Ted took Dom’s books and handed them to his friend. Then he moved closer to Dom, towering over him. I saw his hand form a fist, clenched tighter than a dog’s bite.

I made a split second decision and ran forward from the crowd. I had a plan—probably a bad one—to extract Dom from the scene without embarrassing him.

“Dom!” I said as cheerfully as I could. “There you are! You were going to walk me—”

The blow came unexpectedly, and I fell to the ground. The gasp from the group rang in my ears. Or was that just the pain I was hearing?

Prompt used: A fight breaks out between a muscular person and a much weaker person who is clearly being bullied. You decide to intervene.