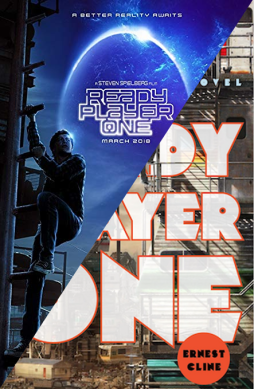 I watched the movie about a week and a half after I finished the book. At first, I wanted to watch the movie quickly, before I forgot details about the book. Only a few minutes into the movie, I thought it might have been better to have waited several months (or more) to watch the movie. Maybe forgetting the details of the book would have allowed me to enjoy it in its own right. I understand that movies adapted from books have to be changed for various reasons, whether that’s to shorten the story, to add excitement, or even because a lot of what happens in the book is internal (which would be fairly hard/boring to show). And there are other reasons too. But that doesn’t mean I have to like it!

In my review of the book, I gave it a rating of 3.5 out of 5. It’s intriguing to me that the movie actually gave me more appreciation for the book. I’d probably rate it higher now. As with other posts I’ve made, some of my notes about what I didn’t care for in the movie are personal preference. Some of them, though, are places where I don’t think the movie did justice to the book, or even where I felt the movie just didn’t do well in general. I am going to give my notes, but without too much detail, mostly because my list is a little too long to go into much detail here. These are by no means all of the differences between the book and the movie, just the ones that bothered me. Also, I’m splitting these notes into things that aren’t too spoilery (shown first), and then notes that I feel would spoil either the book or movie enough to give a proper warning for.

Note: There are a lot, so it probably seems like I’m ranting. Well, I am. Again, I am well aware that movie adaptations are often very different from the book. If you think I’m being unfair, that’s fine. I didn’t realize how many notes I had about this until I started writing them down, and I considered cutting it short. But in the end, I decided to keep them all (and frankly, there may be some I forgot). So read on, or jump ship right now; it’s up to you!

Before I go into the spoilers, I want to mention a few things about the movie that I liked:

Below here are the rest of my notes, which have what I would consider spoilers. Read on at your own discretion.

I’ll leave on a positive note, something else that I liked, but was only made possible in the movie because of one of the changes I mentioned above (also a bit of a spoiler): After Wade and Art3mis meet in real life and he tells her he’s not disappointed, she adds the large birthmark that is on her face in real life (which she’s ashamed of) to her avatar in the OASIS. This change wasn’t dwelt on, but I really appreciated it.

Have you read the book? Seen the movie? What are your thoughts on either, or both?