It’s time for another Top Ten list from That Artsy Reader Girl. The topic today is book titles that are complete sentences, which turned out to be a little easier than I thought it would be. Not that I found a ton of them, but I did find more than 10 and had to narrow it down. So I went with only books that I’ve read, and I’ve put them in order of lower ratings to higher ratings (as rated by me).

10. Don’t Keep Silent by Elizabeth Goddard
The third in a series, all 3 of which have titles that are complete sentences. See my review here.

9. All My Friends Are Dead by Avery Monsen & Jory John
My husband loves this book. I thought it was okay. But the important thing is that not only is the title a complete sentence, it’s even written in sentence format on the book cover, with a period at the end and everything!

8. His Name Was Zach by Peter Martuneac
The first in a trilogy, all 3 of which have titles that are complete sentences. See my review here.

6. Hope is a Dangerous Place by Jim Baton
See my review here.

5. Dad Is Fat by Jim Gaffigan
See my review here.

3. Mr. Monk Goes to the Firehouse by Lee Goldberg
First in a series of novels about the TV detective, many of the other books in the series have complete-sentence titles too. See my review here.

2. Escape from Mr. Lemoncello’s Library by Chris Grabenstein
In a way, one could possibly read this in a different way than would be needed for it to be seen as a complete sentence. I choose to read it as an imperative with the implied “you” as the subject. See my review here. (Another similar title is Escape from the Island of Aquarius.)

1. I Want to Punch You in the Face But I Love Jesus by Sherri Lynn
This book has been in a few of my TTT posts in the past too, but come on, it fits so well! See my review here.

Looking for books for this list was more fun than I expected it to be. What’s on your list?

I read 8 books last month, and considering that 3 of them were very short children’s books, apparently I read quite a bit less last month than the previous months. I may or may not have read those 3 kids books to boost my number for the Goodreads challenge.

Here are the books I read in August: 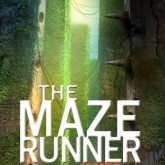 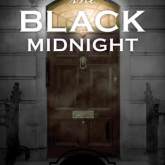 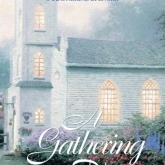 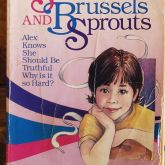 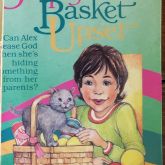 
This list includes 2 ARCs and 2 re-reads. My favorite book from August was The Maze Runner. I finished 0 series, continued 1 series, and started 1 series. My ever-changing short list of to-be-reads, as well as a flag for the book I’m currently reading and an ongoing list of those I’ve read and posted about can be found here. 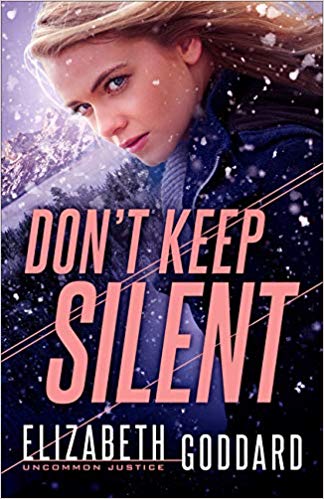 Investigative reporter Rae Burke’s sister-in-law has a secretive and troubled past, so when she disappears, Rae knows it won’t be easy to track her down. However, with the help of former DEA agent Liam McKade, with whom Rae once had a relationship, Rae refuses to give up. Though they are both professionals, it still won’t be easy to put their past behind them, especially since Rae once ruined Liam’s career and almost got him killed. Can they battle bad guys, nature, and their own issues to find Zoey?

This was yet another time when I can’t help but wonder if I read a different book than everyone else. Maybe I’m just far more particular. But while I liked the setting and appreciated some of the characters, overall I had a lot of trouble with this story, especially in the plot and writing style.

I don’t know how to explain it, exactly, but many times, it felt like the author had an outline of things she wanted to have happen in a scene and just sort of threw them together. One paragraph would have 2-3 different, unrelated topics in it, lacking any kind of transition. Conversations didn’t make sense half the time, either because the characters sometimes seemed like they were not having the same conversation as each other, or because the dialog was stilted in general.

As the mystery unfolded, I tried to get involved. The plot itself was decent for most of the story, but the revelations at the end were convoluted and nothing you wouldn’t expect from the set-up. There were some incredible coincidences that I think the author tried to give good reason for, but they fell flat for me, most likely due to how complicated things got. It didn’t help that I felt like I was missing half the story. I know this is book 3 in a series, and I do wish I’d read the first 2 before diving into this one, but I’m pretty sure that the parts related to Rae & Liam’s history weren’t in a previous book. I would have liked more explanation there.

The author’s attempts at suspense fell flat, usually because information seemed to be given sorely out of order. Rae convinces Zoey’s mom that she’s able to help, so Zoey’s mom opens up to her…but then only after being pressed for more info does she mention that the primary suspect has recently been announced dead?! This is just one example of strange or contradictory situations I noted throughout the book.

The book is billed as Christian, but it’s barely that. The main characters give silent, single-sentence prayers every once in a while, pleading with God for other characters to be all right, but that’s about the extent of it. I have no idea what either of them believe, or if they actually trust the God they’re seeking help from.

I really don’t like writing reviews like this, and I certainly wish I’d enjoyed the book more. Based on other reviews, I think it’s safe to say that if you’re interested in this type of book, you should still check it out. Though I’d strongly recommend starting with book 1, as there are things about Liam’s family that are mentioned in this book with no context, and the other two books are about his brothers.

Thank you to NetGalley and Revell for providing me a copy of this book to review.